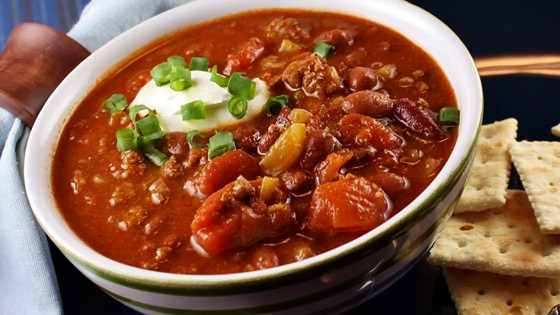 The 2018 Intergroup Chili Cook Off!

Venue:
Only $5.00 to eat chili and to cast your vote. Along with the chili, there will also be hot dogs. Cheese, crackers, and onions to be provided by the Finance Committee.

There will be 3 categories of chile to vote for:

There will also be a special judge’s choice award.

Contestants are asked to have their chili ready to go by 2:30 pm.

“We are only operating a spiritual kindergarten in which people are enabled to get over drinking and find the grace to go on living to a better effect. Each man’s theology has to be his own quest, his own affair.”

When the Big Book was planned, some members thought that it ought to be Christian in doctrinal sense. Others had no objection to the use of the word “God”, but wanted to avoid doctrinal issues. Spirituality, yes. Religion, no. Still others wanted a psychological book, to lure the alcoholic in. Once in, he could take God or leave Him alone as he wished. To the rest of us this was shocking, but happily we listened. Our group conscience was at work to construct the most acceptable and effective book possible. Every voice was playing its appointed part. Our atheists and agnostics widened our gateway so that all who suffer might pass through, regardless of their belief or lack of belief.