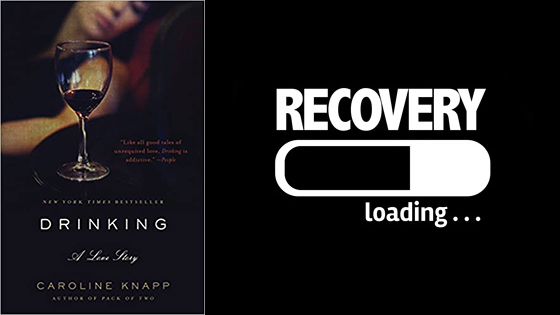 It was love at first sight. The beads of moisture on a chilled bottle. The way the glasses clinked and the conversation flowed. Then it became obsession. The way she hid her bottles behind her lover’s refrigerator. The way she slipped from the dinner table to the bathroom, from work to the bar. And then, like so many love stories, it fell apart. Drinking is Caroline Kapp’s harrowing chronicle of her twenty-year love affair with alcohol.

Caroline had her first drink at fourteen. She drank through her years at an Ivy League college, and through an award-winning career as an editor and columnist. Publicly she was a dutiful daughter, a sophisticated professional. Privately she was drinking herself into oblivion. This startlingly honest memoir lays bare the secrecy, family myths, and destructive relationships that go hand in hand with drinking. And it is, above all, a love story for our times—full of passion and heartbreak, betrayal and desire—a triumph over the pain and deception that mark an alcoholic life.

Fifteen million Americans a year are plagued with alcoholism. Five million of them are women. Many of them, like Caroline Knapp, started in their early teens and began to use alcohol as “liquid armor,” a way to protect themselves against the difficult realities of life. In this extraordinarily candid and revealing memoir, Knapp offers important insights not only about alcoholism, but about life itself and how we learn to cope with it.

This book, Drinking – A Love Story gave me a clearer understanding of alcoholism than attending any meeting I have found. Not only do I have a better understanding but I have been able to find forgiveness for those who made my life more difficult due to their addiction.

Really enjoyed Drinking – A Love Story. Makes you realise that there are so many people living the same way, and are alcohol dependent. It’s sad to know she died so young, but i hope she has helped many others with the publication of this book, and her brutal honesty. A great gift for anyone you may have concerns about their drinking, as it makes you stop and question your own intake.

Caroline Knapp (RIP) exposes so much internal turmoil in an incredibly elegant writing style. I found myself reading and rereading passages because they were so poignant to my own feelings and life. She speaks broadly but directly on drinkers, and women, and you may come out understanding more about how her generation of women and drinkers at the very least. I believe it’s more than that and the experiences she describes are relatable. If you’re a woman, know any women, like drinking, or don’t drink, read Drinking – A Love Story.

. . . where alcohol has been involved, we have been strangely insane..

Alcoholism required me to drink, whether I wanted to or not. Insanity dominated my life and was the essence of my disease. It robbed me of the freedom of choice over drinking and, therefore, robbed me of all other choices. When I drank, I was unable to make effective choices in any part of my life and life became unmanageable.

I ask God to help me understand and accept the full meaning of the disease of alcoholism.